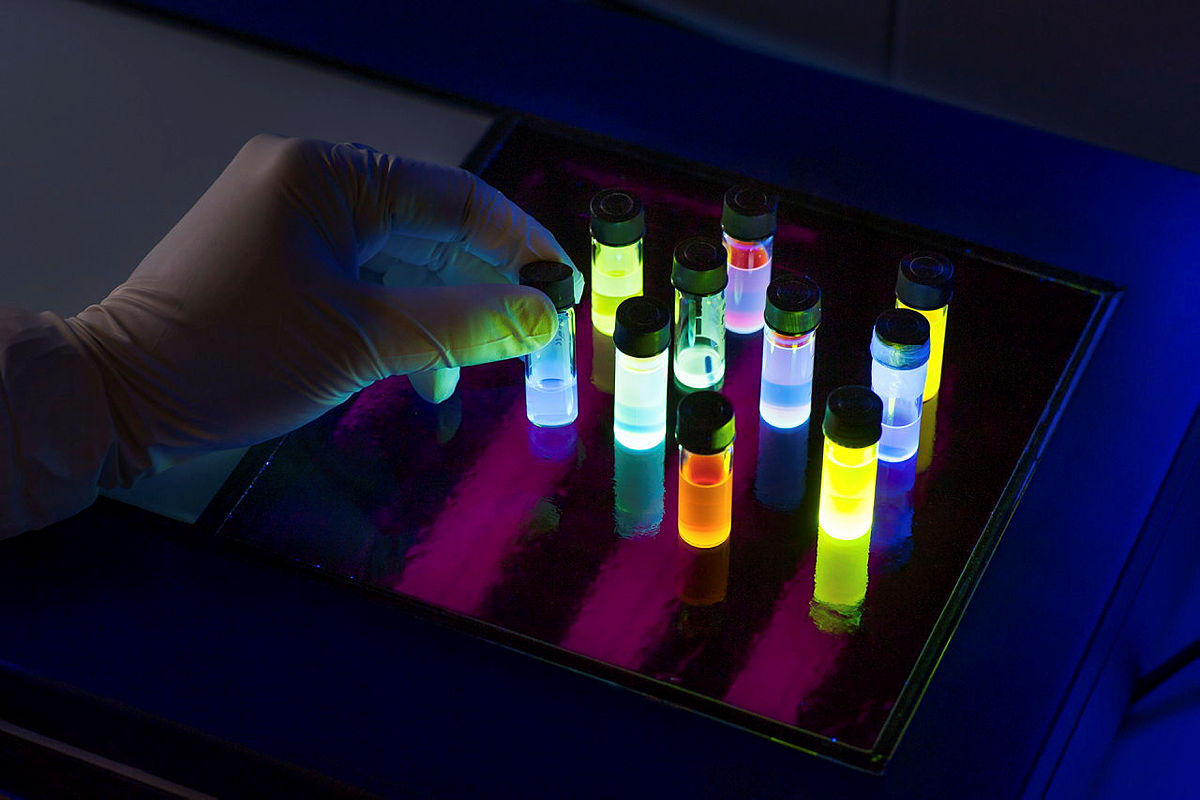 The phenomenon: Light sensing in fungi

Light responses in model fungi. a | Neurospora crassa strains were grown in test tubes on an agar surface in light at 25 °C for 5 days. The orange colour indicates the production of carotenoid. Mutant cells lacking the blue-light photoreceptor white collar 1 (WC-1) (Δwc-1 mutant) produce less carotenoid than the wild type (WT). By contrast, cells that lack the small light, oxygen and voltage (LOV) domain-containing photoreceptor protein vivid (VVD) (denoted ∆vvd) produce more carotenoid than the WT, which is indicative of the loss of photoadaptation. b | Aspergillus nidulans strains were grown on agar plates in the dark or under red-light illumination at 37 °C for 5 days. The WT forms more cleistothecia (yellow structures) and less green conidia in darkness than in red light. Light represses the formation of cleistothecia. In a strain that lacks the phytochrome FphA (ΔfphA), red light suppresses cleistothecia formation much less than in the WT. The exact mechanisms as to how phytochrome controls genes required for cleistothecia formation are not known. The scanning electron microscopic pictures show a cleistothecium (left; 500 μm diameter) surrounded by Hülle cells and a conidiophore (right; spores are 3 μm in diameter). c | Agar plates grown with Botrytis cinerea in the dark or with a rhythm of 12 h dark and 12 h light are shown. In the dark, sclerotia (hardened fungal hyphae for survival) are formed, whereas in the presence of light, green conidia are produced. d | An agar plate grown with Trichoderma atroviride and illuminated for 5 min with blue light and further grown in the dark is shown. Green conidia formed at only the growth front at the time of illumination. e | Sporangiophores of Phycomyces blakesleeanus (left)
and illuminated with light from the left (right picture) are shown. The phototropic response depends on the WC-1 photoreceptor MADA51. Picture taken from Yu and Fischer, 2019.

Phytochrome signals through the HOG pathway

In a mutant screening approach for "blind" mutants, we identified the HogA MAP Kinase. With this finding we discovered the signaling for phytochrome in Aspergillus nidulans. It appears that phytochrome initiates the signaling cascade by activating the HOG pathway. This is fundamentally different from phytochrome signaling in plants, where phytochrome shuttles into the nucleus upon light stimulation.

Besides the function of phytochrome in the cytplasm, there is a second function in nuclei. Phytochrome controls the chromatin structure through interaction with chromatin modifying enzymes.

The light response in Alternaria alternata is coupled to pathogenicity